Warner Springs was just a tad too far for my feet so I walked through so many empty fields with cows in the far distance and finally found a campsite. I wanted to cowboy camp (no tent) but the clouds looked pretty ominous and felt chilly, like it does before rain.

Some coyotes danced and laughed around my campsite at night but it didn’t bother me. I think that was the best night of sleep I’ve had on the trail yet.

Woke up and saw some Aussies (Steve & Amelia) coming up from the trail. They said they’d just seen a mountain lion cub. This freaked me out since where there’s a cub, there must be a mommy and I didn’t want to be in between them. I asked them if they were sure it was a mountain lion and they pointed it out – it was slinking near the other tree just behind me. It was huge but I noticed it had tufts on its ears so had to be a bobcat. Thank goodness!! 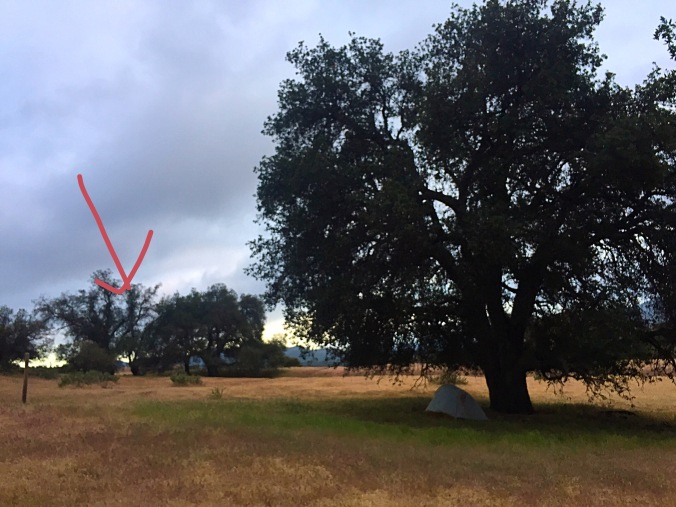 The arrow is where the huge cat was slinking around!

Bumped into the crew I’d met the day before – Honest Abe, Cheetah, Jay and an OG (Original Gangster) hiker by the name of JZ – he did the PCT – the first time – in 1987!!! It was a lot shorter then – ie, the 20 miles to Lake Morena was only about 7 or 9 miles back then since the trail wasn’t totally established then. He’s also a triple Crowner (meaning he’s done all 3 major trails in U.S. – the PCT, the CDT – Continental Divide Trail – and the AT – Appalachian Trail). Met a dude by the trail name of FM who was nice.

Took some pics at Eagle Rock with them – which is a natural rock formation that I swear someone sculpted to look like an eagle. 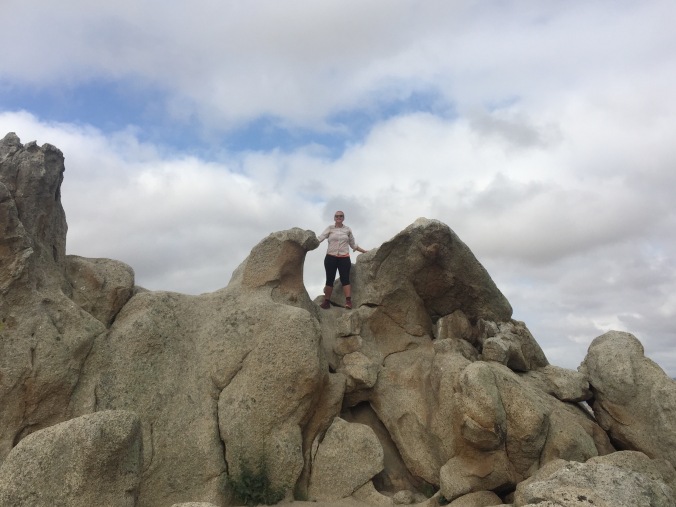 Made it to Warner Springs Resource Center which was amazing – had a burger there and they did laundry and had everything set up to help hikers (they take donations and all donations go towards helping their small community).

My faith in humanity is being restored as I get help from these angelic people. It looked like it was going to rain so we all camped out there.

Met some other amazing people, like Jenn (aka Bodysnatcher), saw Brad – the Aussie Hike Bike Safari blogger – again which was cool. Saw one of my favorite people, Mitchell, again. He’d been attacked by poison oak in Julian and I thought I’d never see him again since he does such long days and kills it on the mileage. 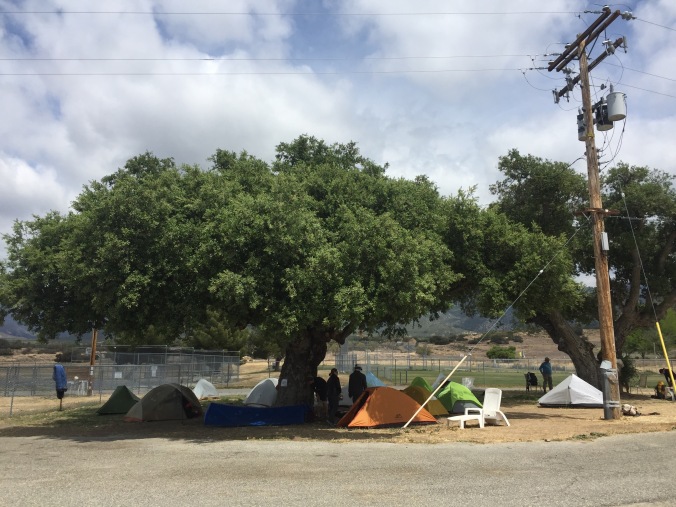 Camping in front of Resource Center

Some amazing person came with beer and wine for us !!! 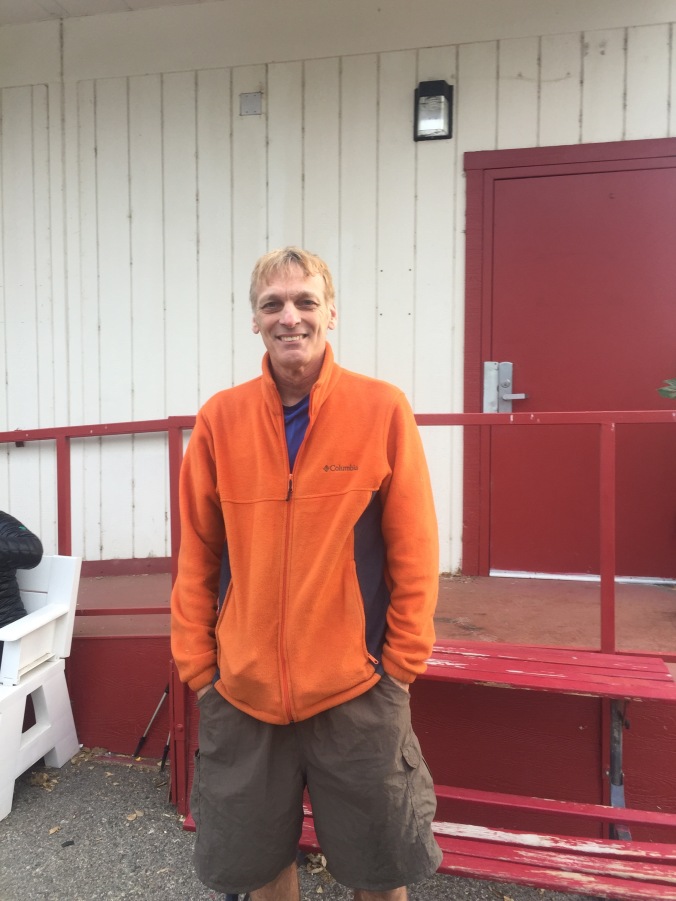 JayZ – I could talk to this man all day. When asked what motivated him to do all these trails “I just love hiking, man”! Super cool dude. Oh, in case you were wondering, he got his name before the rapper. I asked. Lol

The sheriff gave us a ride in his patrol SUV to the post office. These are the criminal dirty hikers in the back 😝 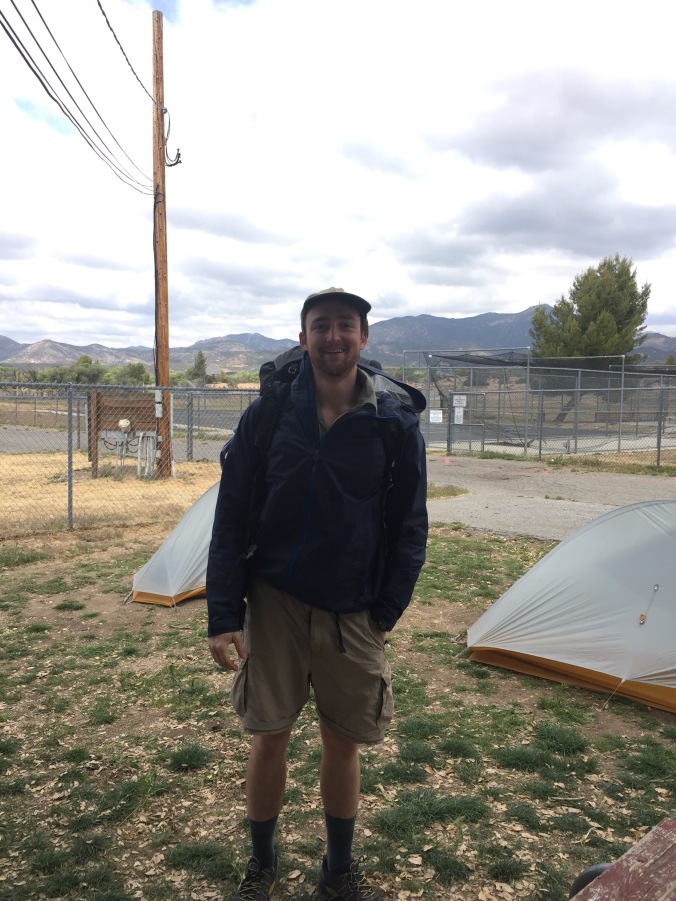 Mitchell. Going to Berkeley later this year. Good luck man!!! Hope to see you again but I doubt it since you’re so fast.

The sign greeting me when I pulled up with my sore feet.

Most mileage I’ve done in a day this far!! That day was never ending fuckin’ uphill. It didn’t end. Finally found some horrible camp spot and kept being woken up by my wet tent slapping me in the face. I refused to get up and handle the tent since it was so wet and cold outside.

Alls I have to say is: my butt better look great after all this hiking and uphill struggles.

Fog and drizzle but I love fog!! Here are some pics 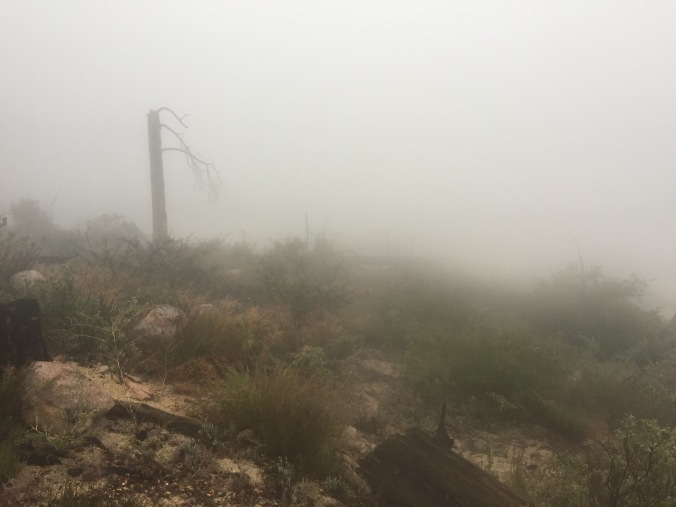 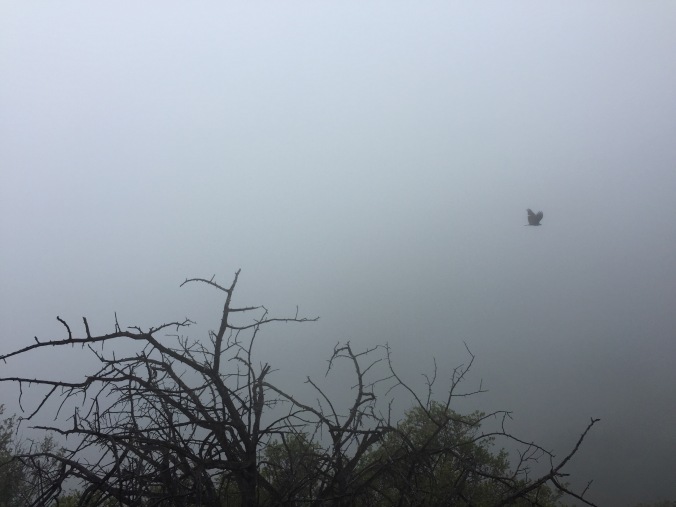